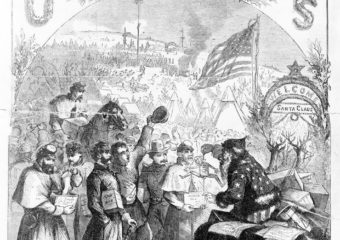 Did you know that our image of Santa Claus was created during the Civil War? By Christmas 1862, many of the Union’s soldiers had been away from home for over 18 months – months that had brought few victories to their cause – and the nation was growing discontent. Just two weeks earlier, the Battle… Read More